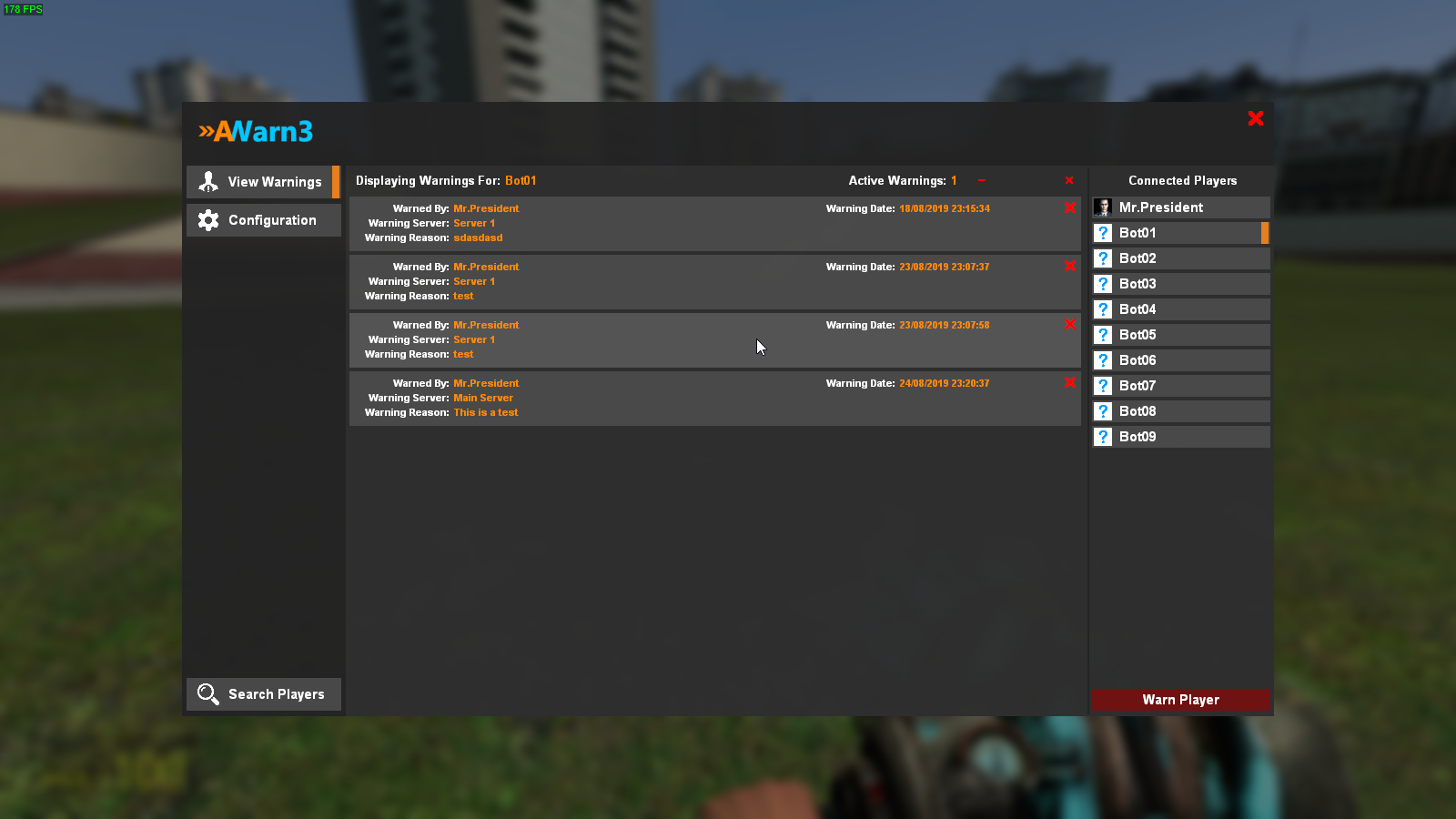 AWarn3 is a complete server warning and punishment suite. AWarn3 allows for you and your admins to give and track warnings to your players as well as automatically dish out punishments to repeat offenders. All of this with a new slick modern User Interface!

awarn deletewarnings <player name/SteamID> - Deletes all warnings from a player.

!warn <player/steamid> <reason> - Warns a player with given reason.

The chat command can be configured in the in-game configuration menu.

If you want to reset all of your server data and remove all warnings for everyone, you can just do the following from the server console:

You have to run the above command from the server console (if you are a listen server host, it will work too) to prevent this from being accidentally used or abused.

After running it, restart your server and all data will be reset.

Note: This feature was added to version 1.1. Anyone on an older version will have to update to 1.1 or later first before using this command.

Why is this a new addon and not just an update to AWarn2?

AWarn3 had a major overhaul to the way data is stored as well as what data is stored and how. That being said, AWarn3 is NOT directly backwards compatible with AWarn2. You will need to completely uninstall AWarn2 before installing AWarn3. If you are running the stock SQLite version (not using MySQL) you can use the included importer to import AWarn2 warnings into AWarn3. Some things like admin names won't import because that is something I track differently and is not possible to import from AWarn2.

To import AWarn2 Data (New feature as of version 1.2):

Run the command awarn3_import as a superadmin from in your game.

Should I buy AWarn3 if I already have AWarn2?